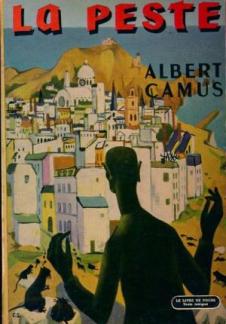 NOT BECAUSE I JUST EMERGED from long hours indoors during the Wisconsin winter, but rather because of the self-quarantine brought on by the Digital Age and social media, I find it ironic that many people today will easily adopt to their new lives under government-ordered quarantine: after decades of mass human migration toward self-confinement inside the virtual world, a decree, for many, would be a mere formality.

Meanwhile, in the same fashion that a virus in your computer can completely disrupt a computer network, the novel coronavirus shut down society. But that’s not the point. The point is whether or not the virus can be removed and the network and data saved relatively quickly, or whether the equipment is useless and the data lost. [it occurs to me now that a new computer virus becomes yet another potential source of chaos–Ugh!]

I am not the first person to have said that there are two crises at hand. The first and obvious crisis is COVID-19; it’s personal and potentially lethal, and cannot be dismissed. The second crisis, though, is looming larger and it is collective and economic. Because of the tremendous amount of global debt—especially in energy–the more permanent danger is a crippling global financial crisis. Since the onset of the outbreak, the Federal Reserve created (added to its balance sheet) more new currency in a month ($2.2 trillion) than in the first couple years of the Financial crisis.

They hit the panic button–and the market knew it.

Other central banks followed suit. The response of the emergency spending bills is already more than twice as big as in 2009. The real question is whether the global economy can endure the combined crises without the kind of collapse 90 years ago (1929) that led to depression and war. They did close the banks for five days in 1933–but they also created the FDIC and most of the modern securities laws shortly afterward.

Billions wonder “How?” Why? Did Gaia, the Earth, after running a fever, send this catalyst? Was it the Deep State? Or was it the conspiratorial “Them?” Whatever agent of chaos sent it, the virus–the catalyst–will initiate a process, the transition to a new existence. We can Hope for a more ordered existence: a world less frenetic and avaricious, a world less insistent about quantity and a world suddenly curious about a purer past and a fairer future.

The unsustainable nature of our system is undeniable:  the planet screams for help, the largest players already have two-thirds of the wealth; they take on extremes of debt, feed trillions from profits into greater asset wealth (stock buybacks), use the increased wealth to buy votes and privilege, and have as their flagship purpose the pursuit of yet more wealth. This as half the workforce scrambles to make ends meet.

Greetings from the Land of More.

Billions wonder “How?” Why? Did Gaia, the Earth, after running a fever, send this catalyst? Was it the Deep State? Or was it the conspiratorial “Them?” Whatever agent of chaos sent it, the virus–the catalyst–will initiate a process, the transition to a new existence. We can Hope for a more ordered existence: a world less frenetic and avaricious, a world less insistent about quantity and a world suddenly curious about a purer past and a fairer future. Perhaps the transition will bring an enlightened world focused on the economics and politics of quality and morality and “enough.” Compassion might even pull up alongside Competition and run by–in a nice way, of course.

But the process is what we should fear most. The reshaping of a corrupted system involves a transfer of power. This process—anywhere—is always delicate. Can the system tolerate this shock? If so, it might lead to a timely renaissance, in the same way the last Renaissance followed the Bubonic plague.

Think of it: the world unites to confront global warming, and humans develop a more noble collective purpose beyond the vague and banal concept of open-ended “growth.”

And in so doing we humans might then, as Faulkner put it in his Nobel address, not only “survive” but “prevail.”

However, if the chaos from the pandemic proves too much for the vulnerable global economy (and the fractured political community ), then we can contemplate the seductive and darker themes that have always been part of our culture. Among dystopian novels, A Canticle for Liebowitz is great. Of course, 1984.  The Road, by Cormac McCarthy was made into a movie.  And Love in the Time of Cholera, by Gabriel Garcia Marquez and La Peste (The Plague) by Albert Camus are not dystopian, but they display decency and stoicism amid epidemics.  But I would be remiss not to share a stunningly powerful piece of literature that makes even the pessimists shudder.  I share it below.  My friend Kevin M. called it “the most ominous  poetry in the English language.” W. B. Yeats wrote this just after World War I.

Turning and turning in the widening gyre

The falcon cannot hear the falconer;

Mere anarchy is loosed upon the world,

The blood-dimmed tide is loosed, and everywhere

The ceremony of innocence is drowned;

The best lack all conviction, while the worst

Are full of passionate intensity.

Surely some revelation is at hand;

Surely the Second Coming is at hand.

The Second Coming! Hardly are those words out

When a vast image out of Spiritus Mundi

Troubles my sight: somewhere in sands of the desert

A shape with lion body and the head of a man,

A gaze blank and pitiless as the sun,

Is moving its slow thighs, while all about it

The darkness drops again; but now I know

That twenty centuries of stony sleep

Were vexed to nightmare by a rocking cradle,

And what rough beast, its hour come round at last,

Slouches towards Bethlehem to be born?

During any trial, any test of the spirit, there is succor in the Perfect Things: Art, Love, Faith, and Hope. They are perfect because you can’t find fault with them; they are something of the artist left behind in the work: they are clues to the divine.

This is the most recent story.

Orwell’s 1984 is the Book of Our Time: A canticle for Eric Blair (Reposted)