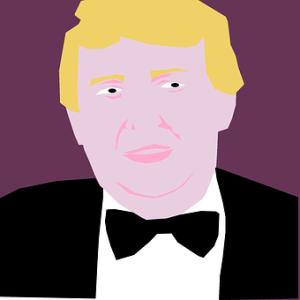 Over the past several months, hundreds of reporters, pundits, and celebrities from around the world have put in their respective two cents on what they thought of Donald Trump—both as person and as political player. While there have been any number of witty or even insightful assessments offered, I haven’t yet found the one that has me declare “Voila!” as if to announce the perspective that finally relieves the collective fascination and disbelief.

So I might as well throw my hat into the ring.

I don’t want to get personal about Trump as I would much prefer to understand the vacuum that drew him in, or the social context that favors someone of his posture and demeanor. It occurred to me in trying to deconstruct this phenomenon (which has much of the world not only watching, but gaping obsessedly like voyeurs), that one would have to see Trump as a smart little dog who just made everyone aware of the “man behind the curtain.” The truth is that the Republican Party has been trying for decades to conceal its darkest desires, and Trump has just revealed the fraud.

The Republican Establishment has long wanted the world to be dominated by rich, ruthless, and privileged white men who favor militarism, oligarchy, unfettered capitalism, and (beneath it all) various brands of bigotry. They have been spinning coded narratives, feigning piety about life, and using the “dog whistle” messages to conceal their true intent, but when D.T. stepped out into the limelight: an elitist, bigot, and dispassionate, red-toothed capitalist, those same constituents who had been receiving the messages loud and clear all along said:

“Where have you been all my life?”

Clearly, the Republicans will try to float a new balloon to save the day, but today they have a bad case of the “DTs,” because now their real agenda has a face, and it always seems to be scowling.

Two Films Set in London: One Ridiculous and One a Delight