(NOT) Coming Soon to a Theater Near You (Or Rocketman, The Name of the Rose, and Fosse/Verdon) 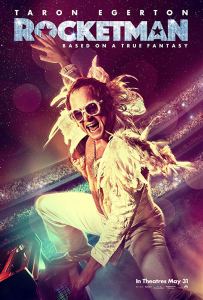 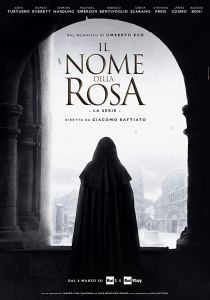 NOW THAT MERYL STREEP and Nicole Kidman are both starring in the second season of the TV series Big Little Lies, it’s probably safe to say that the bell is  ringing furiously to signal the end of an important socio-cultural era: the great period of feature films that began almost a century ago.  While there are still feature films and movie theaters, it seems as if most of the films are superhero fantasy or animated films. The energy, the talent, and the money is pouring out of “movies” into these TV-based series. We might have a net maintenance of creativity–perhaps even more. Maintenance of quality? Not as easy to say; the productions are very good and getting better as the market heats up.

But it’s hard to say how much we lose with the vanishing social ritual. Instead of traveling out to sit in a large dark room and tacitly share a piece of culture with strangers, we watch segments of stories on TV’s, tablets, or even phones–often an audience of one.  Joseph Campbell, who talked about the power and essential function of cultural “myths” thought movie theaters were like temples. . .

I did see Rocketman, the Elton John Biopic, last week, and feel about the same way I did after Queen: quite good–but not great–and the pacing was awkward:  the backstory took most of the film, and what time was left  breezed through what seemed a decade of stardom to the climax (which was a unique point for each story and film).

Though Fosse is portrayed as a genius/shit, at least the film gets to credit Gwen Verdon for her vital contributions to the many successes they shared. Michelle Williams is incredible as Gwen, and the series  is worth watching for her performance alone

So while “all is quiet on the movie front,” I do have two bingeable TV productions I can recommend.  The first is Fosse/Verdon (FX) about the legendary choreographer Bob Fosse and his partner/wife/dancer/producer Gwen Verdon.  Though Fosse is portrayed as a genius/shit, at least the film gets to credit Gwen Verdon for her vital contributions to the many successes they shared. Michelle Williams is incredible as Gwen, and the series  is worth watching for her performance alone.

Sam Rockwell–who along with Williams was an executive producer–played Fosse. I have always liked his work, but somehow I didn’t buy him as Fosse. I remember All That Jazz with Roy Scheider and he was Fosse as far as I was concerned.

The other TV series is The Name of the Rose (Sundance), based on the book by Umberto Eco.  This series is a remake of the movie that starred Sean Connery (1986).  The book is a thrilling look into a series of calamities during a visit to a 14th century monastery in Italy, but also into the dynamics between various orders of  the Catholic Church as well as between the Pope and  Holy Roman Emperor Louis.  It’s a murder mystery, and yet the context informs the history of Europe and even the history of politics and organized religion today.  As far as the series production is concerned, the acting is, at times, incredible, and the storyline is titillating.

Someone, somewhere, should hold a long wake for the silver screen so that movie-lovers get some closure–I would think about going. Or perhaps a website should do nothing but run credits for the next five years. Culture is so busy seeing who is at the door, it doesn’t see who is slinking out the back.

I don’t think I will change the name of the website to “TV series, markets, and more” though.

(NOT) Coming Soon to a Theater Near You (Or Rocketman, The Name of the Rose, and Fosse/Verdon)