What is Really in the Spotlight? (Review) 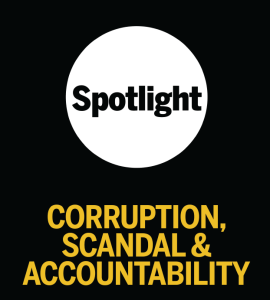 A very good film like Spotlight surpasses entertainment: like all good Art, it inspires, instructs, and even admonishes. It is a powerful predictive tool, too, if you view it in the context of the present condition of the US media. It helps when a film is closely based on real events, as Spotlight is.

While I would have seen this film for the cast alone, the story and subject matter was very compelling. I do not refer to the specific story about the priests of the Catholic Church and the history of sex abuse—I have already processed that reality. But I AM interested in the story about a newspaper in Boston that broke a story that sent shock waves around the world: I am interested in the story about the Truth and how as of fourteen years ago, our newspaper industry as a crucial part of this society, was still functioning.

For me the film evoked All the President’s Men, the story of the Washington Post and Watergate. I noticed that Ben Bradlee, Jr. worked at the Boston Globe in the story. It was his father who headed the Post when Watergate emerged. The thought that a reporting team would work months on one story gives hope: Spotlight was the name of a special team at the Globe that had some autonomy to find and report on the larger stories.

You get some big acting names: Michael Keaton, Mark Ruffalo, Rachel McAdams, Liev Schreiber, but the story of “the story” is gripping like a mystery; it unravels and pulses with the unpredictability of war, or maybe of Truth–the pursuit of which is often a war anyway.

We do fight a war today. Our media is changing rapidly. We had over eighty media companies thirty years ago. Now we have about five or six. And newspapers lost tremendous economic power in the last fourteen years. Can the web-based sources replace the kind of reporting we see in Spotlight? Will media companies continue to devote resources to the mining, the deep drilling through the rock of power and privilege for the precious stones of Truth?

Get inspired by a very good film. Have hope that within our media there are “spotlights.” If there aren’t any left, we will walk into a dark future indeed.

The Case For Cash

What is Really in the Spotlight? (Review)