Trumbo is a Triumph (Review) 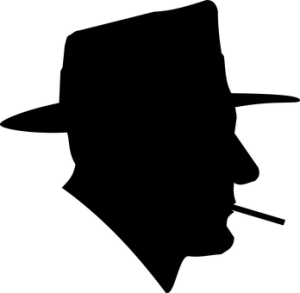 My inaugural movie review covers a lesser-known film. This is good news for you if you find it as worthy as I did, because if you catch it soon enough, you will get good seats.

Sometimes two people with similar sensibilities can watch the same film and come away with different reactions.
I don’t refer to tastes in this instance. I refer to motivation. If you need sex, action, and special effects, this might not be your film. If you like good acting, great costumes, and an inspiring true story, read on…
I went to see this film, Trumbo, because I was interested in the history. Because I am a movie aficionado, of course I wanted to learn more about some of the key “actors” in the “Hollywood Ten” blacklist scandals. For example, I hadn’t known that Edward G. Robinson and John Wayne were involved (in different ways). But it also helped that the film has a strong cast to begin with. Bryan Cranston (Trumbo), Diane Lane (his wife), Helen Mirren, and John Goodman head the list.

So I went into the film knowing little about Dalton Trumbo and the role he played during that tumultuous time, but as with many good tales from the past, the lesson is twofold.

The first part of the lesson is the history. One of the most valuable things I have learned from my experience in the stock market and having taught college classes–some in international studies–is that people, in groups, trace the same patterns over and over. And Trumbo the movie, because it takes place during a time of great fear–the “Red Scare” McCarthy era–shows us how as a group in fear we become a mob.

The second lesson is what makes the story a good one. Spielberg does this often with his films. He takes a time of conflict – which in and of itself might be interesting – but he focuses on the people and how they respond to it. And because Trumbo focuses on real people, among them famous actors, we find out that some of our “heroes” were not so heroic. And we find out that the real heroes were the people who had been demonized, or those who stood up for them.
I went into Trumbo curious to see how much of that time almost 70 years ago, reflects the events of my lifetime. In the early Cold War years, communism was the enemy and the Soviet Union was the evil. Our civil rights and freedoms were very seriously threatened. Today there are new fears: many see terrorism as the enemy and radical Islam the evil. And we see that in the face of that fear, our rights our threatened again.
But the point is that history will look at these events, and at the “actors” of this day and age, and they will be seen for whether they were part of the mob, or one of the heroes who did the unpopular thing and more difficult thing–but the right thing.
Dalton Trumbo, convincingly portrayed by Cranston, prevailed in surprising ways as a screenwriter, and based on my definition, as a hero. It makes you wonder how he might have written this script himself. After all, he wrote some of the best films of his day.

The Case For Cash

Trumbo is a Triumph (Review)