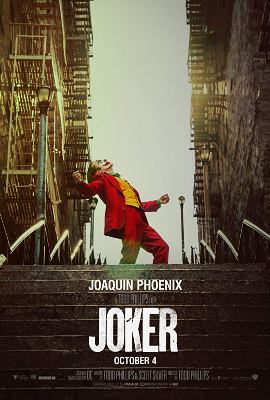 At an turning point in the film Joker, Arthur Fleck (Joaquin Phoenix), is assaulted on the subway.  Due to a disability that causes him to laugh randomly, some fellow riders described as “Wall Street types” decide to rough him up. Because Arthur still wore the clown outfit he used as part of his work, one of the assailants tried to sing “Send in the Clowns” as a prelude to the onslaught.

That scene propels the action to the next level. Arthur Fleck, The Joker, in the corrupt and failing city of Gotham and with no intention of doing so, becomes the name and face of  what is best described as an anarchist movement [Note: The Joker, in his madness, may incline toward nihilism or absurdism himself, but the followers probably didn’t]

Unlike the words communist or socialist, the term anarchist–though it was also very much a part of the political lexicon at the beginning of the 20th century–is not used much today.

It should be; it is a relevant political term.

While an investigation into the history and background on anarchism can be a rabbit-hole experience, a few remarks will serve as context for a movie review:

In 1919 alone there were attacks (or attempts) in such cities as Seattle, Milwaukee, New York, and Washington, D.C.;  John D. Rockefeller was targeted, judges and US senators were targeted, too.

First, the root word anarchy describes a system that lacks a central authority (for example, the world is a state of anarchy where there is no binding authority). That’s a good start. Anarchists of the past generally rebelled against the institutions of authority as represented by various systems of government–which were deemed violent and oppressive–or institutions of power, often large corporations or trusts that created powerful monopolies through cooperation or collusion.

While there were pacifist anarchists, some groups were violent: In Europe before and during WWI,  Kings, Czars, and Dukes were attacked and often killed. In the US, there were numerous anarchist attacks and bombings. In 1919 alone there were attacks (or attempts) in such cities as Seattle, Milwaukee, New York, and Washington, D.C.;  John D. Rockefeller was targeted, judges and US senators were targeted, too.

In 1920, followers of John Galleani, an Italian anarchist, are believed to have bombed Wall Street and killed 38 people while wounding hundreds more.

Pardon the lengthy digression, but there’s good reason to invoke this relic of a word. It is not the nature of the belief itself that deserves the attention so much as it is the reason it emerged one-hundred years ago. The spread of anarchist groups followed decades of free-market practices and globalization, extreme wealth inequality, monopoly behavior, and rampant corruption (The Guilded Age). These conditions were followed by nationalism, protectionism, and soon after, fascism and war.

Does Gotham resemble anyplace we know?

Thus, Arthur, unplanned, strikes a blow against a symbol of the oppressive institutions. It brought him sudden fame, but he never expected to find he was not the only one who felt betrayed; countless others in Gotham felt victimized amid the remorseless pursuit of power and wealth that left them shifting for crumbs. He could not have predicted his example would inspire others to lash out against their perceived oppressors.  An accidental anti-hero emerged: Joker–his appeal eerily deepened by a wide, painted smile.

Joaquin Phoenix, one of our great actors today, takes what seems a pitiful character in Arthur Fleck–then carefully visits graces upon him: Arthur is disabled and thus brave. He looks after an invalid mother and is therefore loyal. But he pursues phantom dreams and is, as a result, doomed to disillusionment.  Then, as he becomes Joker–and more deranged–Phoenix bequeaths to him a strange elegance of style and gestures;; his movements suggest madness as a mystic release attained through dance. His care with costume and makeup evoke arcane rituals that invite unholy spirits. . .

The transformation is truly spellbinding–and disturbing.

What is, in retrospect, amazing, is that for a movie based on a DC comics character, there was no glaring need for CGI, rather little gratuitous violence, and no supernatural interventions.  What is, tragically, revealing, is how many  Arthur Flecks –how many anarchists–really exist today: men (usually) who strike at the system wherever it’s vulnerable. Shooters, hackers, trolls, arsonists.

I chose the title very deliberately: Send in the Anarchists.  Yet only now, and more loudly with each tap of the keys do I hear the words and the notes from the next line in Send in the Clowns, the song, the one the Wall Street type was trying to sing as he attacked Arthur Fleck.

My Parents, a Forest, Some Clues (Republished)