I have chosen to be particularly paradoxical or perhaps simply obtuse today. I am going to write a review about a film I refuse to see.

A friend, knowing my love for movies, asked if I had seen _____________, the latest self-help film, this one along the lines of What the Bleep Do We Know and The Secret. I had seen both of those films and more or less decided I was done with the genre. Though films that pass for New Age infomercials often contain some useful suggestions with regard to how one might live life more happily, I don’t need to read the books or watch a movie to get the same information. Besides, there’s a part of me that suspects a terrible heresy in these productions; they hope to profit while saving people from themselves with little more than jingles and dusted-off platitudes. 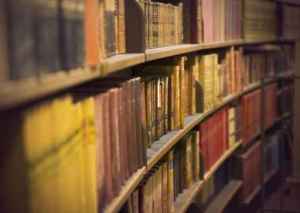 Most “New” Age material is borrowed from the philosophies of the ancient Greeks, Romans and Chinese, then rephrased, repackaged, and hyped as discovery; it’s almost all over 2000 years old. Living in the moment is Buddhist. Knowing yourself is Greek (Socrates).

It’s so much more fun to take in the values that our culture has transmitted over the centuries in a different format. Why would I pay for the lessons when I can get them embedded in a great story?

Great writers were great spirits who wrote from their noblest natures. If you read Charles Dickens, for example, his characters show you the virtuous behaviors and you get  a good story in the bargain. Look at Les Miserables. This story shows how a timely act of grace changed the world, or at least  the small corner of it that one man could affect.

You could certainly read the great religious texts for the same information; they all have their admonishments about how you might avoid the hells we often create for ourselves and how to float along in the weightlessness of a free conscience.

I didn’t see the movie _________________. I am instead going to take a book down from the shelf–an old book with hard covers and perhaps even illustrations. The language might be a little stilted, but the ideas won’t be. It’s been a while since I read Mutiny on the Bounty or Robinson Crusoe. Besides, with the economy falling apart, I might need to know how to ration my bread or how to live off the land.

Amour (the movie) is Patient, Amour (love) is Honest