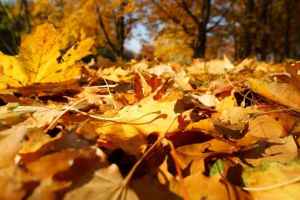 We have all encountered persons whose demeanor could be said to be neatly reflected in one of the four seasons. Some souls are so chilling in their outlook and so despairing in the barrenness of their emotion that we feel certain they belong to Winter.  Others are hopeful and flexible and nourishing; they think to the future, perhaps as Eliot suggests “mixing memory and desire.”  These, entrepreneurs among them, must surely belong to Spring.

The children of Summer are the lightest, of course.  They practically float through life upon clouds. They seem to get their energy from the Sun. Smiles don’t wrinkle their faces, though frowns do. They experience rain as a chance to shower, and look up into it while others turn their heads toward the ground.

But I don’t celebrate those seasons.

I am among those born to Autumn.  And so, along with my kindred beings, I begin to shine as my season approaches. Autumn is about fullness and sadness at the same time. Autumn is one long low and wistful whistle as the warm summer wind races from the land, pursued from the North by a chill and startling air. Autumn is melancholy: sweetness and sadness as one sensation.

Autumn is the rich harvest and the wilting flowers. Autumn is the glory of the forests in their peak color and the picture of leaves on the ground–sometimes both in the space of a day. Autumn is the lengthening of shadows and days, and the preparation for feasts. Autumn is a form of parting, but its expression in words would have to reflect some hope.  Perhaps au revoir–until I see you again.

Autumn is my season, though I won’t welcome it with a smile–that is something a Summer child would do. Autumn is a sweet and serious business–in the same way that most of Life is.

I will try to strike a melancholy medium between joy and regret and look to reap any fullnesses the season might present. I will try to shine brightly on at least a few days, and set aside others  to read an entire book.

For this reverent bard, September is not a month; it’s a long poem.

Liquidity and Leverage Behind Enormous Surge in Indexes